OL and adidas have unveiled a new event jersey which will notably be worn by Peter Bosz’s players this Sunday, during the Olympico against OM. A tunic that Les Gones will also find throughout the 2022-2023 season.

Never three without four. This Friday, Olympique Lyonnais and adidas unveiled a new event jersey which will be worn by Peter Bosz’s men until the end of the 2021-2022 season, on the lawns of Ligue 1, but also next year, in 2022-2023. Moussa Dembélé, Karl Toko Ekambi, Lucas Paqueta and their partners will also carry this novelty on their shoulders from this Sunday (8:45 p.m.), on the occasion of an Olympico on the lawn of OM which promises to be more boiling than never.

What’s next after this ad

Fans of Les Gones may have something to console themselves with in the face of the delicate season that their favorite club is going through. This special jersey is imbued with the colors of the coat of arms of the capital of Gaul, namely red, blue and gold. It revolves around the motto “red and blue are our colors, Lyonnais is our heart.”

A tribute to Lyon, for the people of Lyon

In a dominant blue, this tunic is distinguished by a gradient of red made of small patterns and appearing in the form of diagonal stripes on the front. The gold color makes up the three stripes of the German brand, at the shoulders, as well as the adidas lodo and the main jersey sponsor of the Lyon club (Emirates). 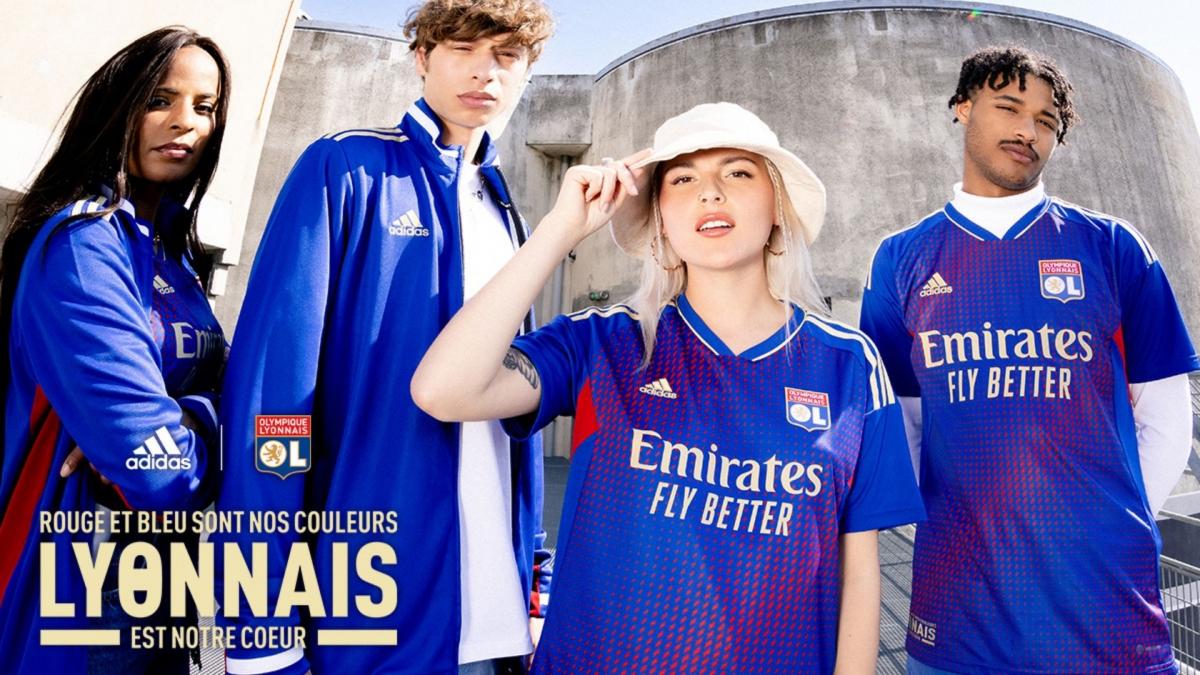 The goal ? Symbolize the club’s attachment to its city, but also to its history, its traditions and, at the same time, its coat of arms (composed of the same colors around the famous lion), as explained in the OL press release . The Rhone club intends, through this new jersey, to reach as many Lyonnais as possible, but also to speak to them, probably to federate and unite in a period when Jean-Michel Aulas and his family feel the need for it more than ever.

This new jersey is available on the OL website, as are the matching shorts and socks.